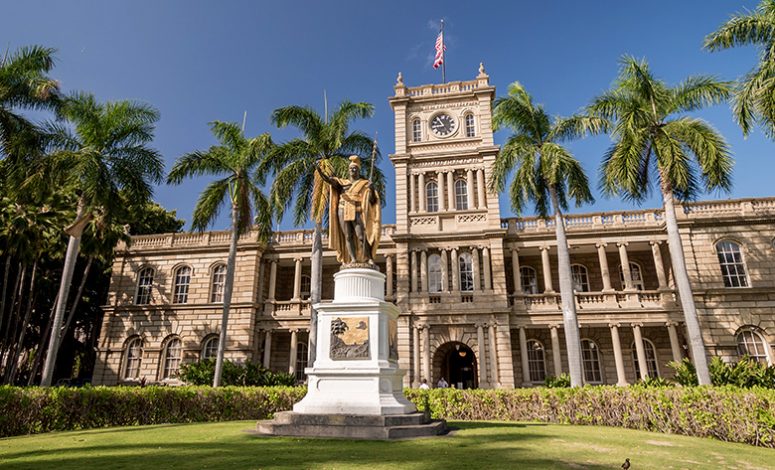 While best known for its deep blue ocean waters, sweeping views of mountains and seascapes, and gorgeous sunsets, Hawaii isn’t all beaches.

A trip to the Hawaii Islands should include a visit to the many landmarks showcasing the state’s rich history, as well as a road trip that condenses its many turns, curves, and vistas into one happy adventure.

Ancient Hawaii and its native people is a tale well told in seven key locations on five different Hawaiian Islands, OC Register reports.  Iolani Palace in Oahu, is the only royal palace ever used as the home of a reigning monarch, while the town of Lahaina in Maui is a seaside tourist mecca that used to be the Hawaiian Kingdom’s royal capital from 1820 to 1845.

The Big Island is not just a haven of multimillion-dollar houses and luxe vacation rentals, but also brimming with ancient Hawaiian settlements and a royal summer home. The archaeological heritage site known as the Honokōhau Settlement is found in a national historical park south of Kona International Airport, and here visitors can learn how ancient native Hawaiians lived in the old days. It tells of how they survived on the rugged Kona coast and built seawalls composed of lava rack for their fishponds.

Nearby, one can be acquainted with the era of the Hawaiian monarchy at Hulihee Palace, built in 1838 and situated in historic Kailua Village in Kailua-Kona. It used to be a summer vacation residence for state royalty and today serves as a museum. The Kailua-Kona region, which today offers almost 60 miles of coastline along Big Island’s pristine west side, is rich in history including farming and ranching in as high as 5,000 feet in elevation.

Go on a road trip

A rundown of Hawaii road trip destinations on Stuff.co.nz, on the other hand, features these Big Island sights: